Date: September 2018-December 2018
Roles: Puzzle Designer and Performer
Tools: Final Cut Pro, Photoshop, physical crafting of puzzles and props
Ragnarok Now was a hour-long interactive theater experience I helped design, construct, and perform in during the Fall of 2018. It was created as a final project for my Games Studio class, overseen by Lizzie Stark. The experience consisted of a combination of game and theater elements including live-action role play, puzzles, and dancing.
It was built to appeal to a number of different kinds of players, from more extroverted roleplayers to more quiet, reserved thinkers. Elements included a classic logic puzzle with a mythical Nordic bird skin, choreographed dance-fighting against evil creatures, the construction of legendary weapons, and on-the-spot poetry creation to stave off the mythical wolf, Fenrir.
I helped design several of the puzzles related to the wolf Fenrir, and the construction of a magical chain to bind them. I designed and constructed a box that required a specific set of dance-like movements to open, a puzzle involving the transportation of bubbles across a room, as well as working on show promotion and the production of the video above. I also played the role of the Forgemaster during both shows we performed, who was central to the player's progression and one of the most involved roles in the show. 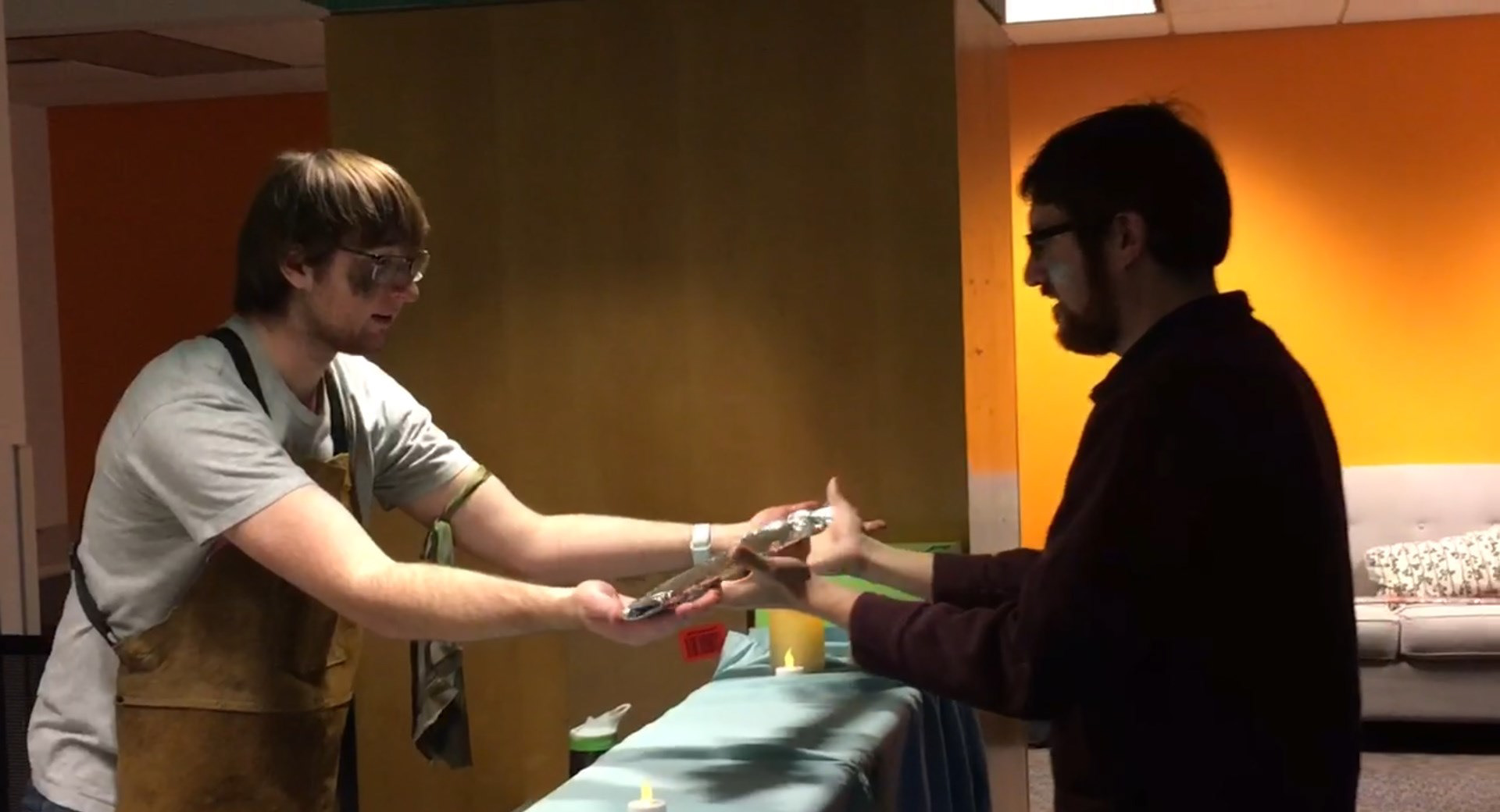 The Forgemaster handing a weapon to a player 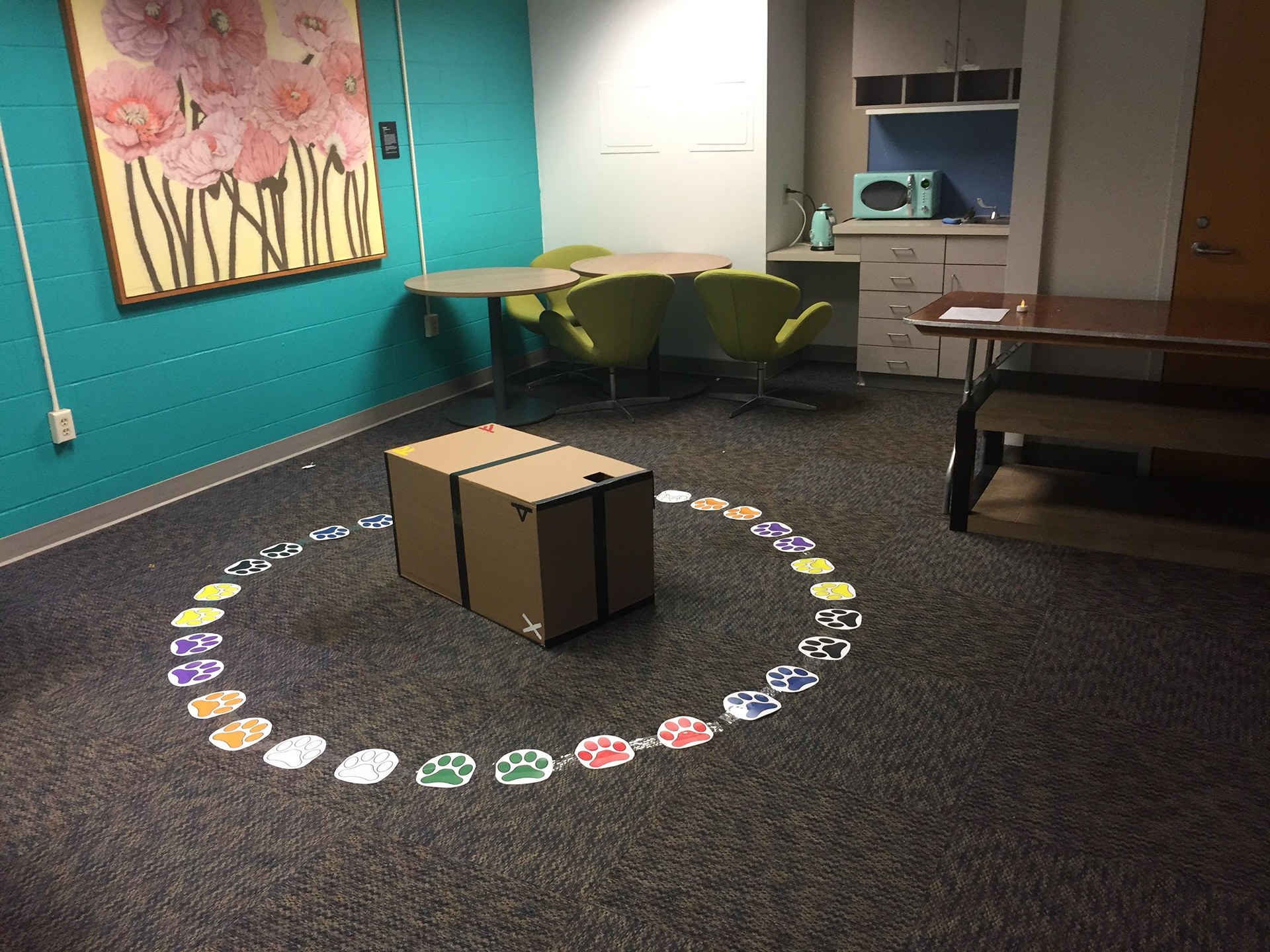 The box puzzle I designed 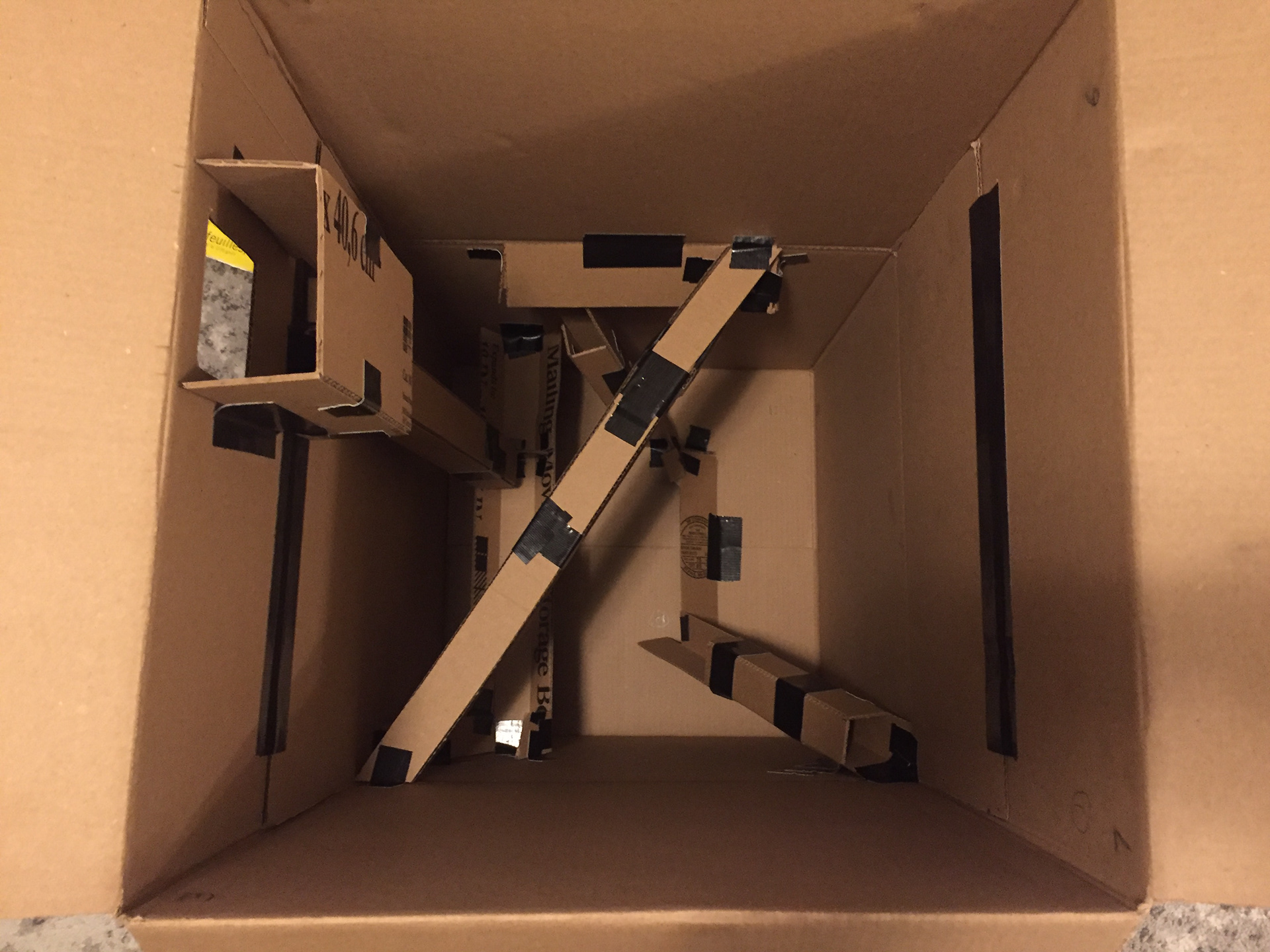 The inside of the box puzzle 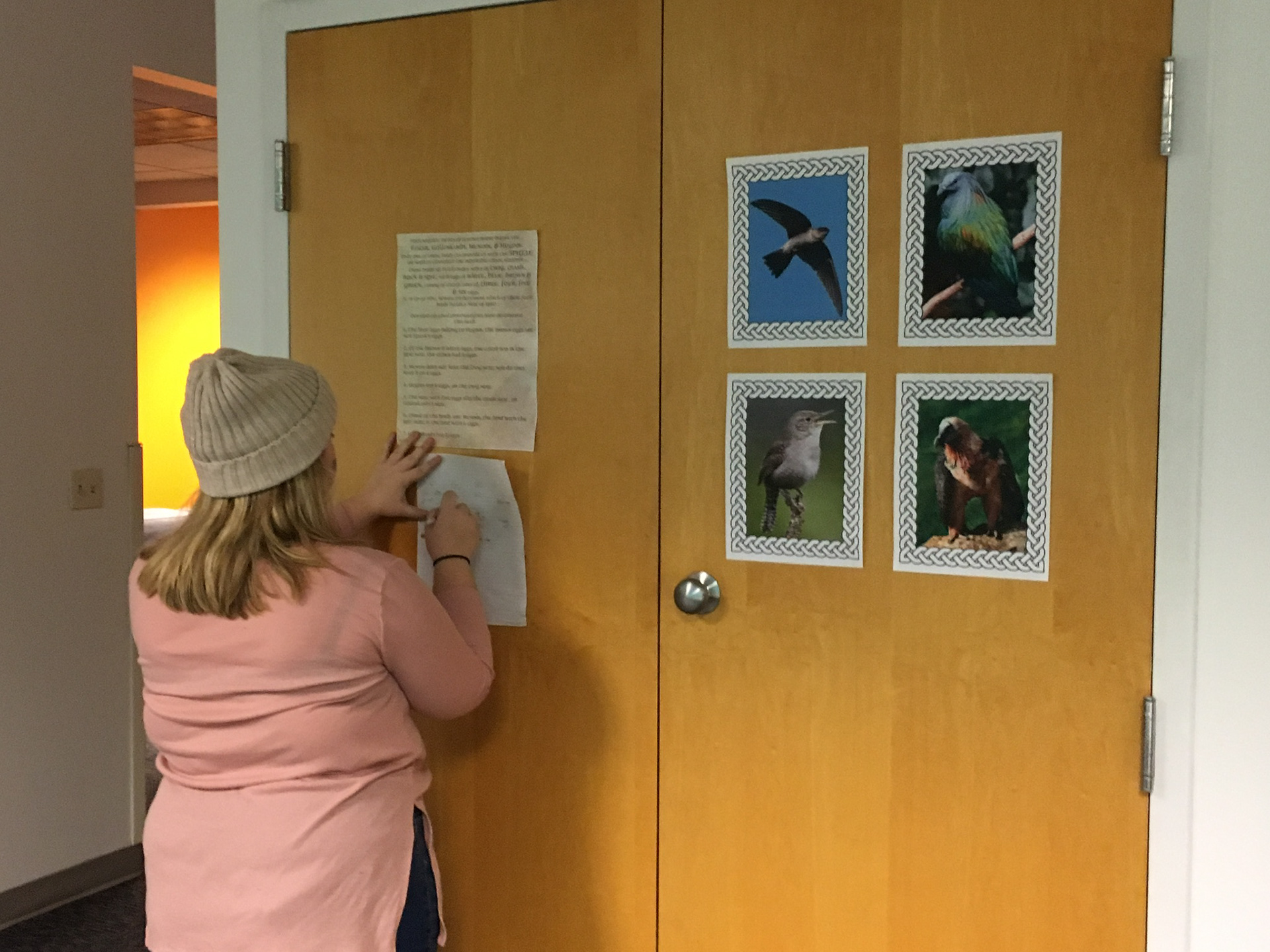 A player solving the bird puzzle 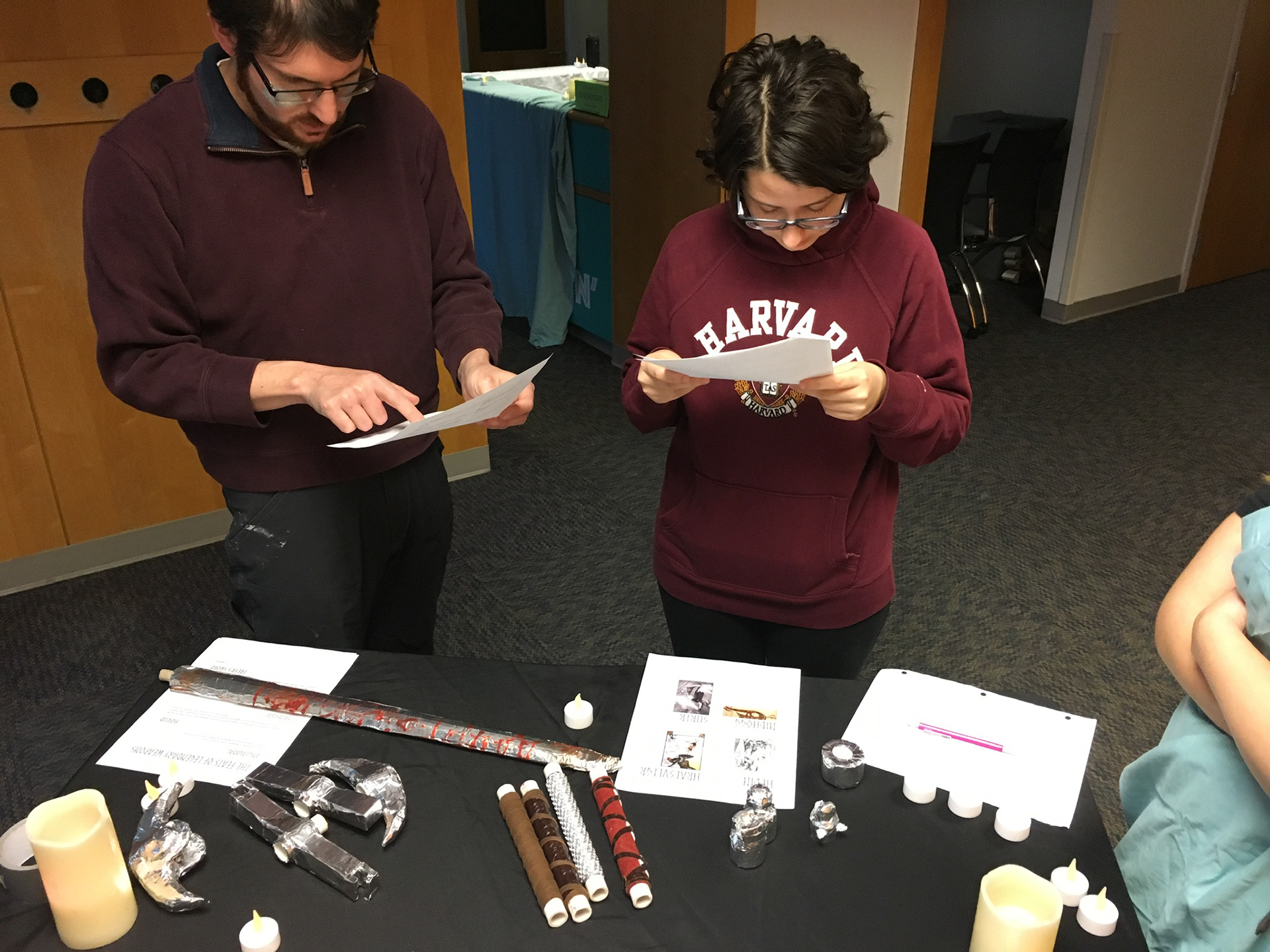