Date: December 2017
Roles: Game Designer, Artist
Tools: Photoshop, InDesign, Numbers
In the Fall of 2017, I found out that one of my some of my friends were going out to ice cream, so I sent my roommate a text asking if I could come as well, but I never received an answer. He did intend to respond, but forgot to hit send on the message he wrote. I went to bed early thinking that my friends were ignoring me. About a week later the conversation turned to the ice cream run, and only then did everyone involved find out that my roommate forgot to hit send.
A few months later I was tasked at translating an emotion based on a memorable event into a game for my Experimental Game Design class, so I used the "Ice Cream Incident" as inspiration for a party game. 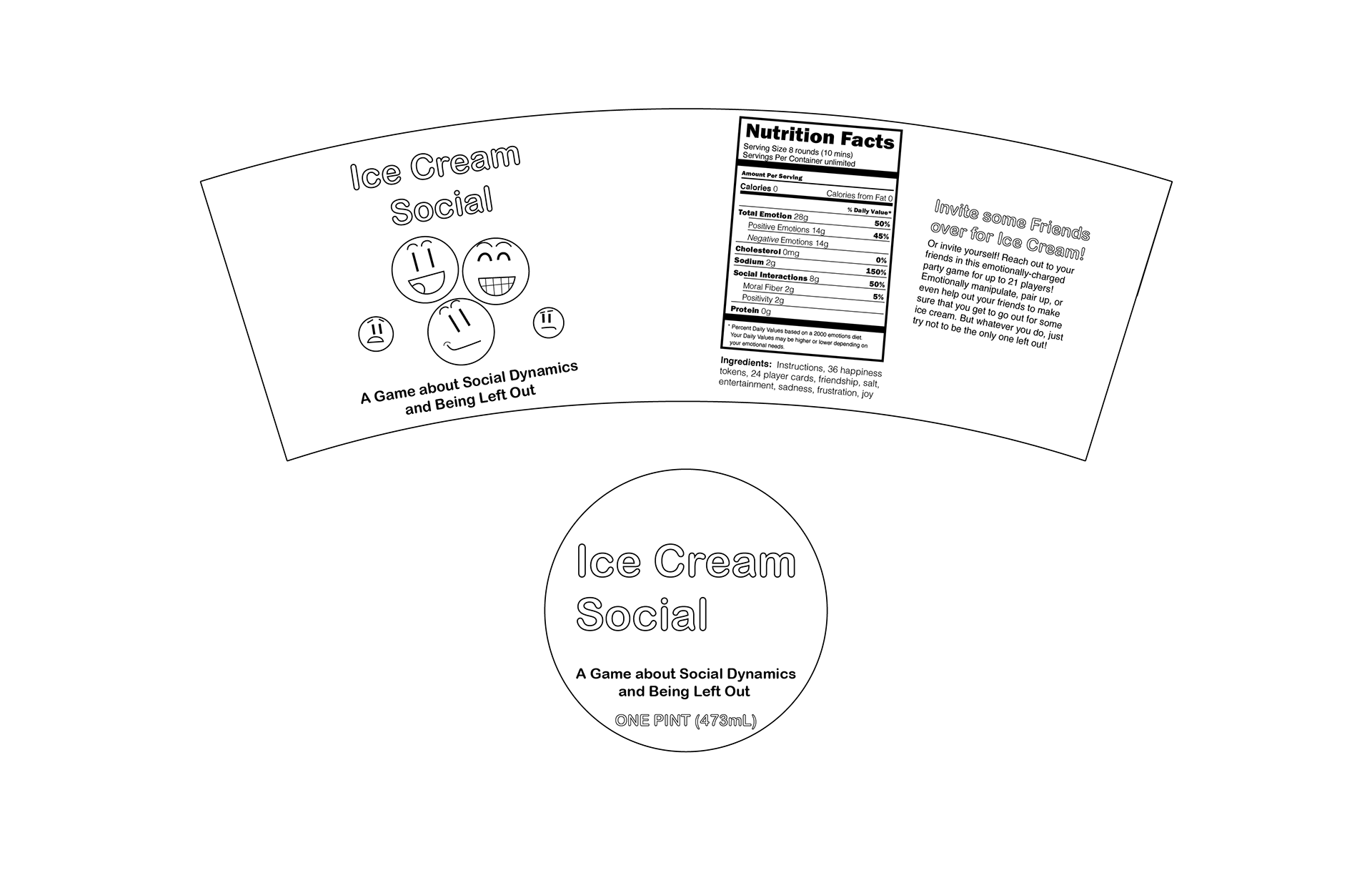 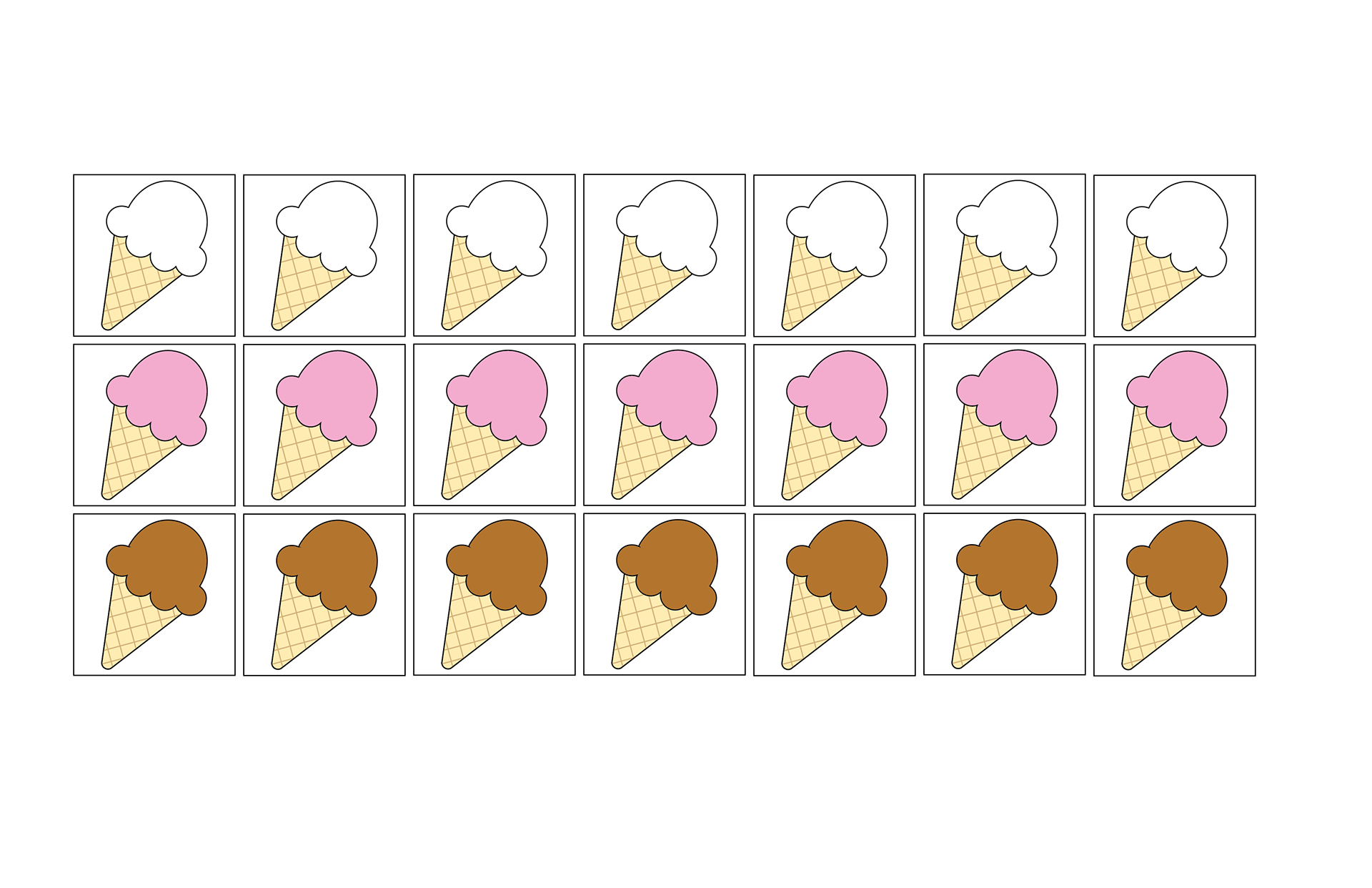 As I tested various versions and added new cards, the game started to become more of an exploration of the different social groups I have been in over the years. Each card in the deck is based on either something I have experienced or someone I have met, for better or worse. 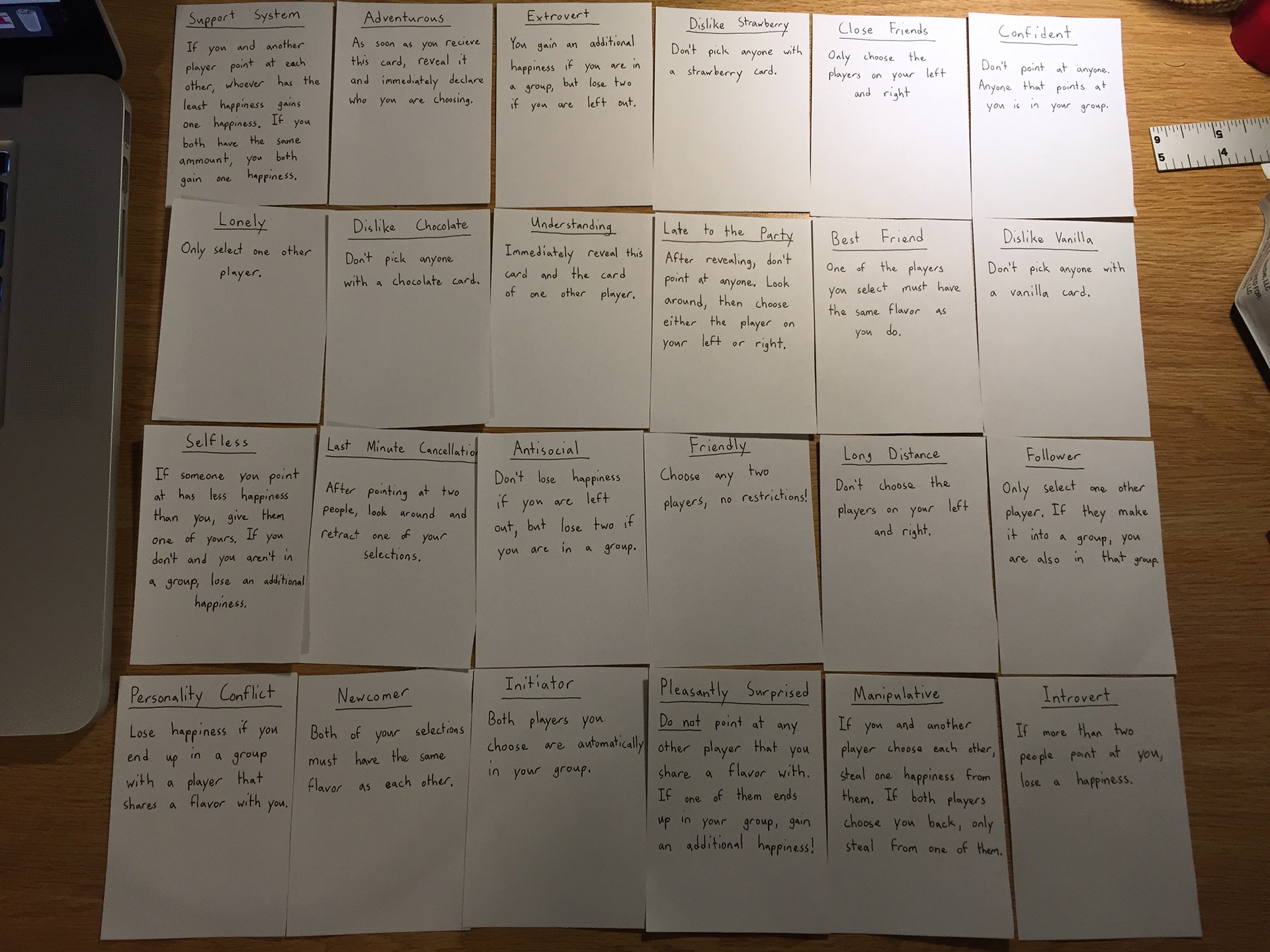 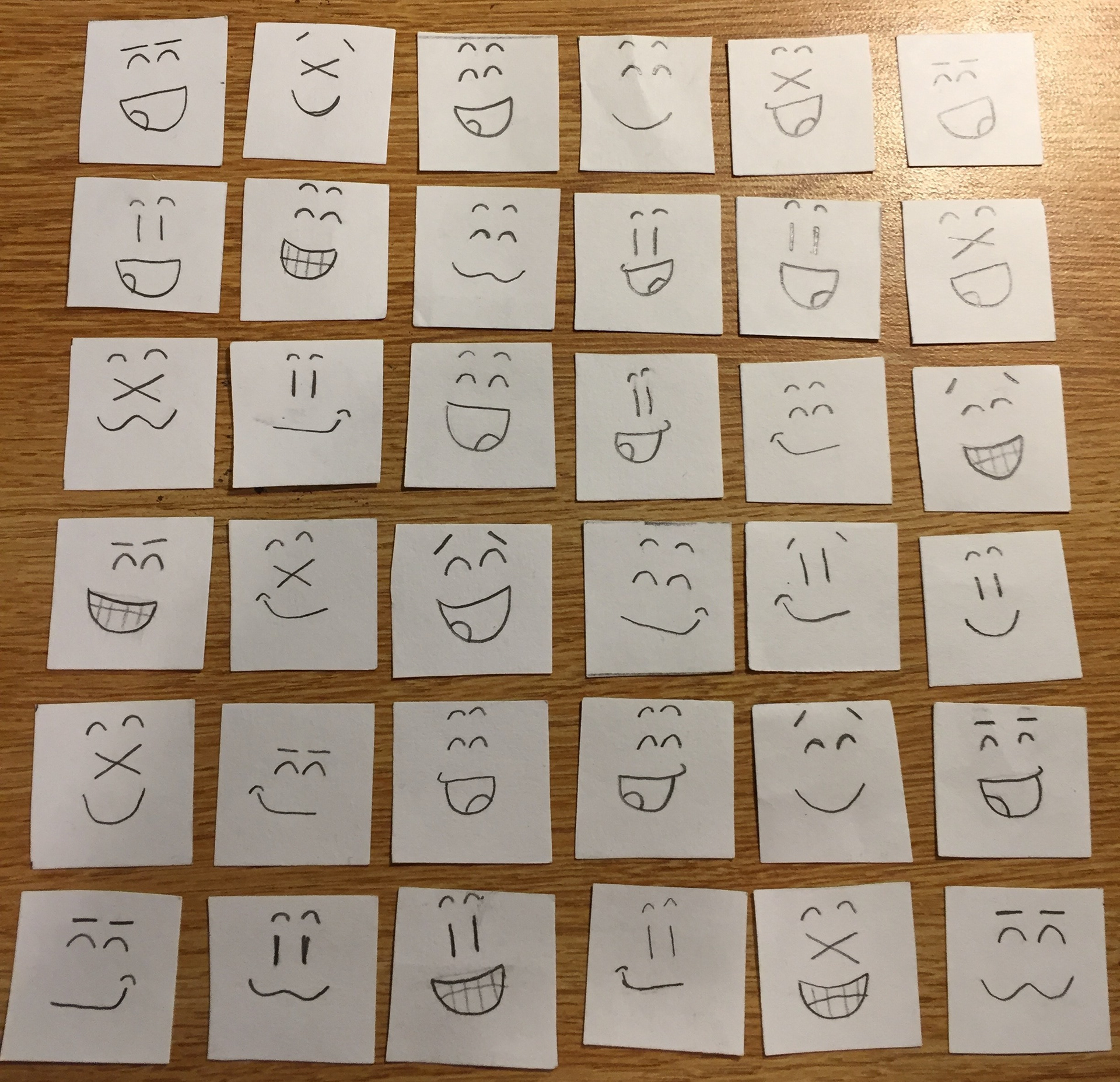 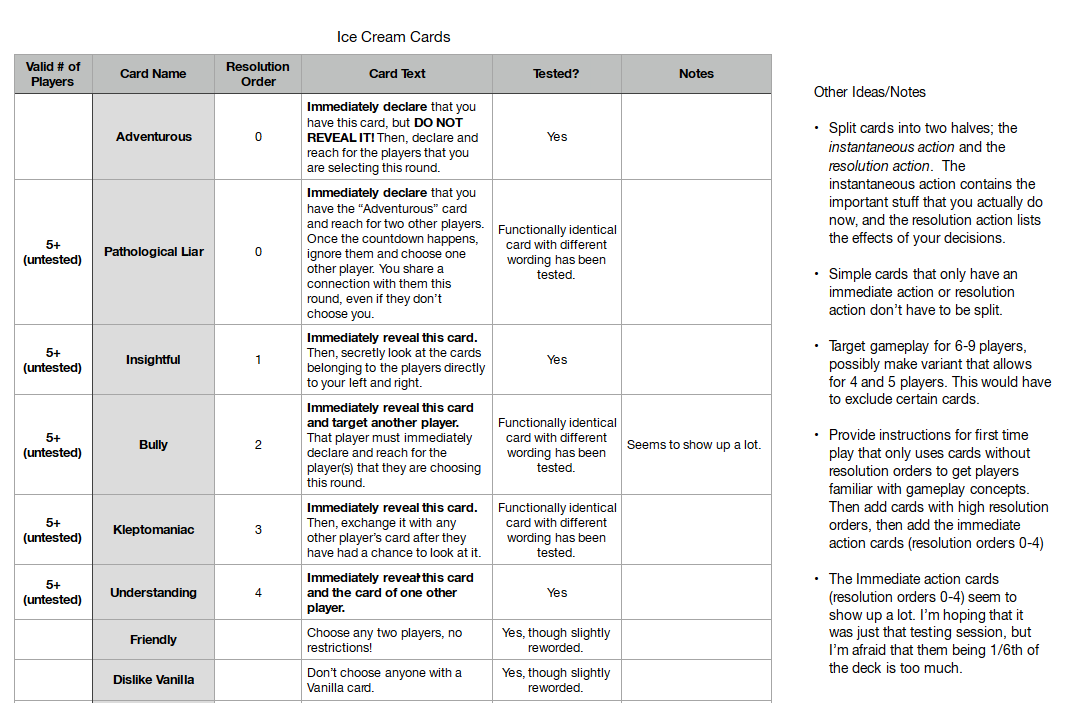 An excerpt from the balancing spreadsheet 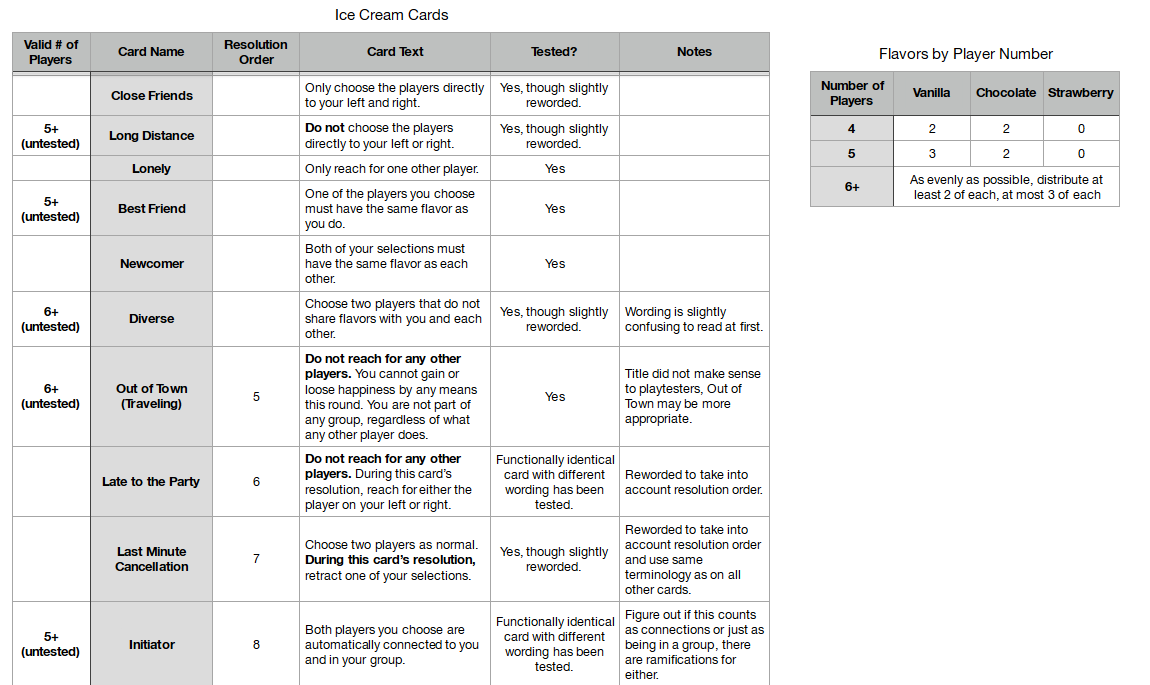 Another excerpt from the balancing spreadsheet

The rules are fairly simple: Each player is given an ice cream flavor and four happiness tokens at the start of the game. Each round, the player with the spoon distributes a new player card to each person. These cards have roles and instructions on them that dictate how a player must act when the round begins. Any cards that activate immediately are then revealed.
The dealer then counts down from three, and every player then flips their player card upright and reaches out to grab two other players. If two players reach for each other, they grab on and form a group. If any players are not in a group once everyone has reached out, they lose the round and discard a happiness token. The spoon is then passed to the next player. When one player runs out of happiness, they lose and the game ends for everyone. 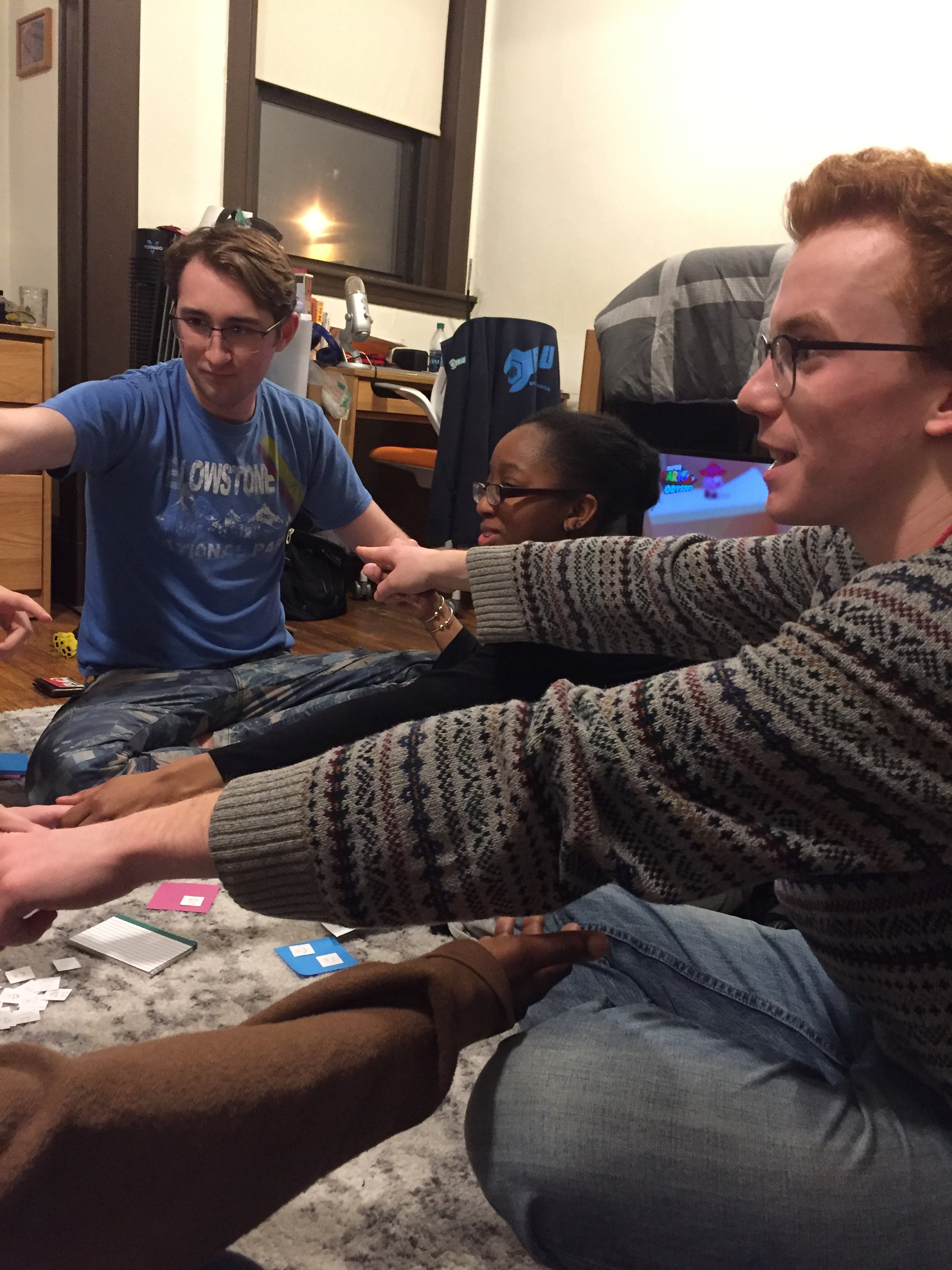 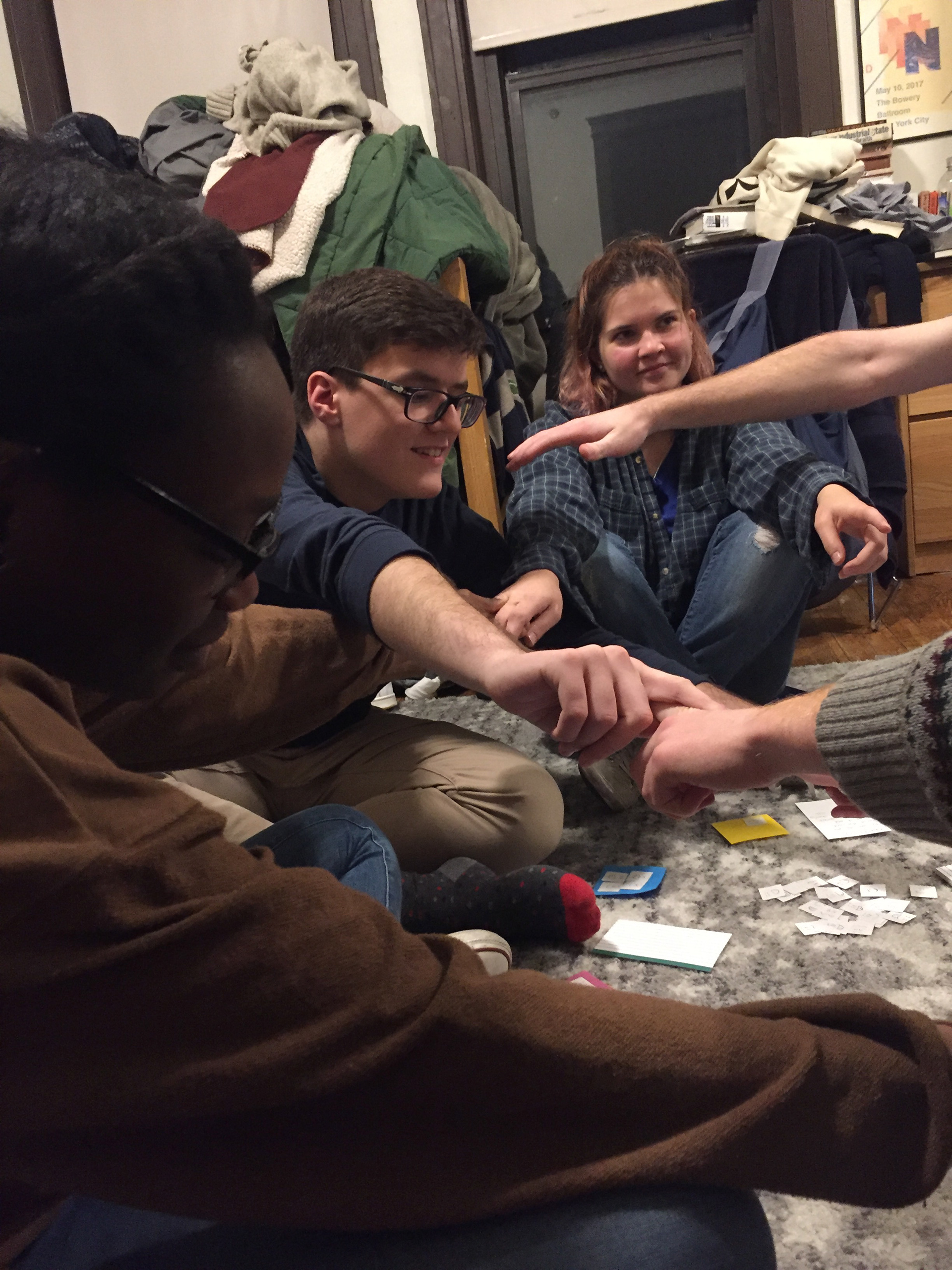 Guava Gulf
↑Back to Top