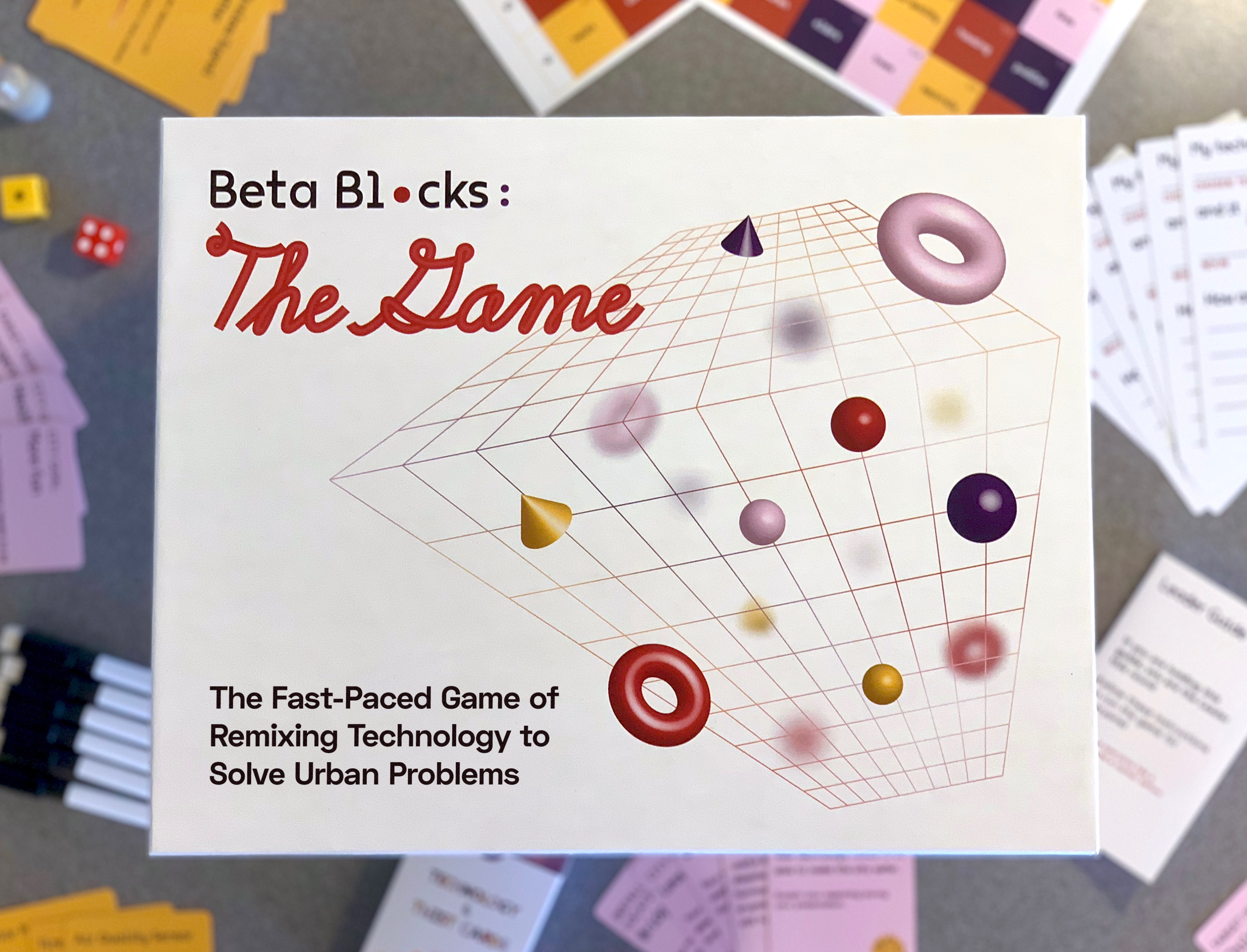 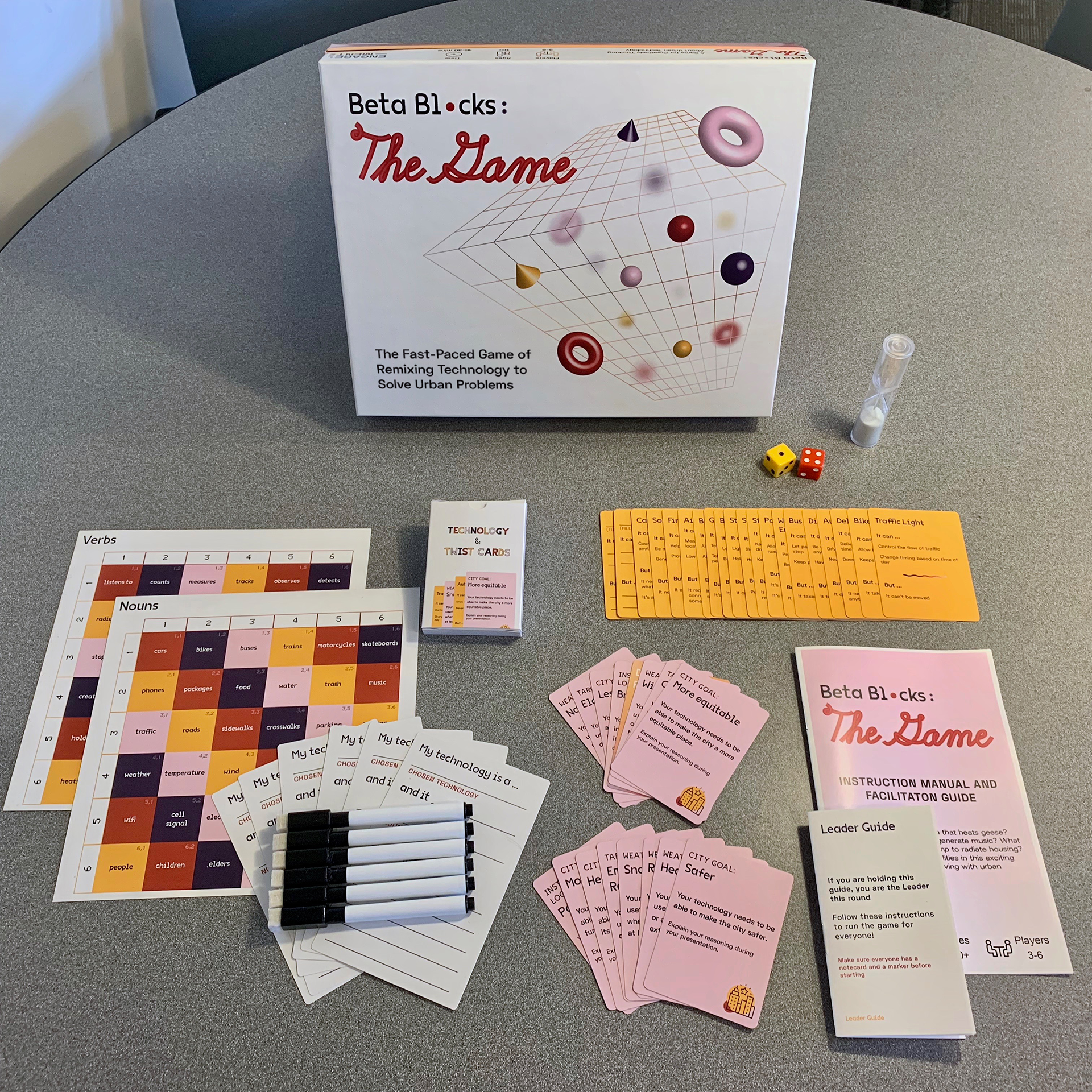 Date: June-August 2019
Roles: Game Designer, 3D Modeler
Tools: Adobe XD, Photoshop, Illustrator, InDesign, Blender 2.8, Ultimaker Cura, Ultimaker S5
Beta Blocks: The Game was designed in the summer of 2019 for the Beta Blocks project, a collaboration between the Engagement Lab @ Emerson College, architecture and research firm Supernormal, and the Boston Mayor’s Office of New Urban Mechanics. The game is designed for use primarily in workshop and event settings, and is designed to encourage players to think about urban technology in new ways.
When I began working at the Engagement Lab @ Emerson College, I was tasked with redesigning the "Tinker" activity for the Beta Blocks traveling exhibit. Over the course of the months I was there, the activity slowly evolved into a fully-fledged board game, and became a central component of the exhibit and project. The exhibit version features 18 unique 3D printed models of the technologies players can choose to use in the game. I modeled and printed these myself. During it's development, it was played by hundreds of Boston residents in exhibits, workshops, and at festivals. 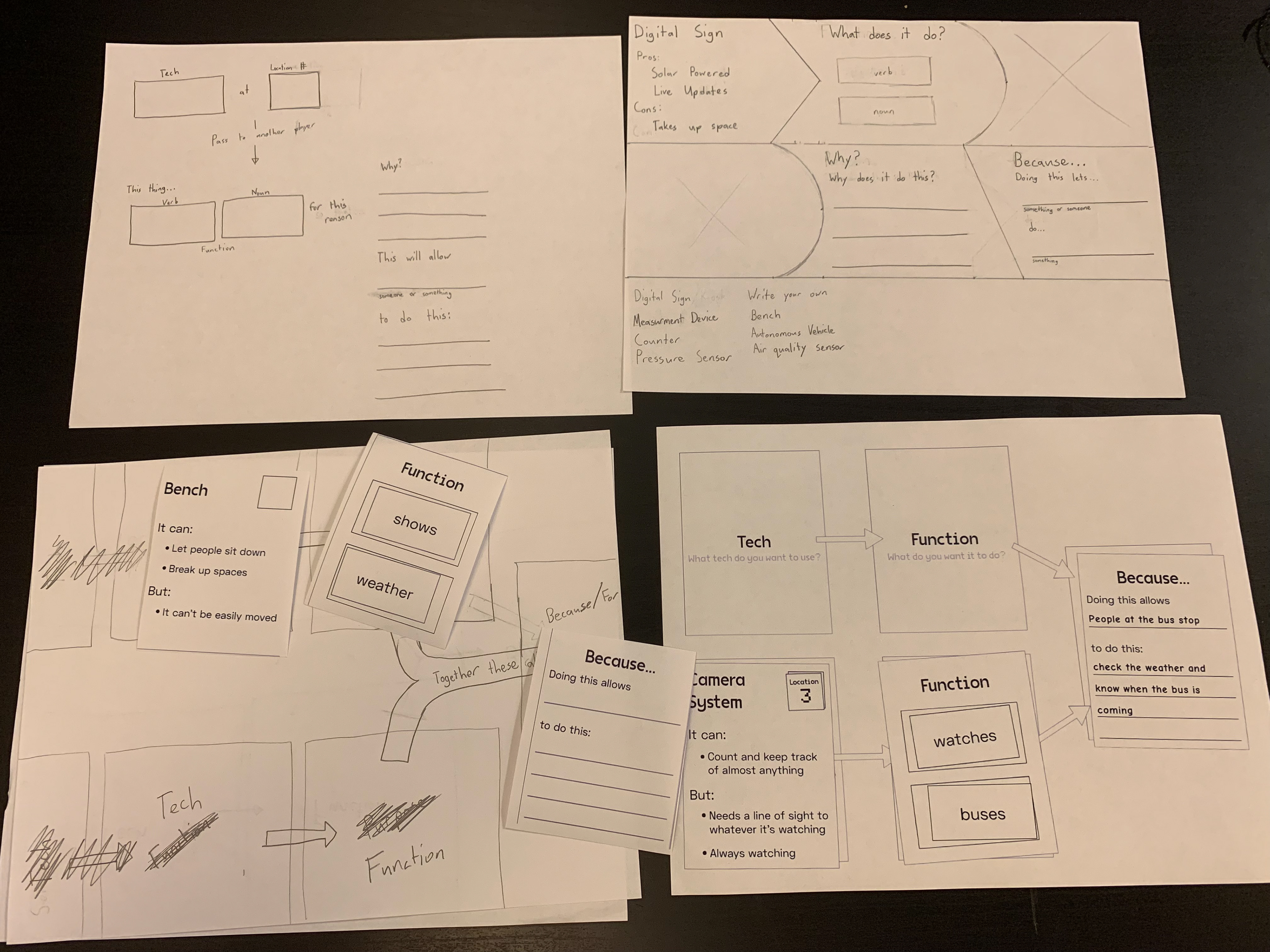 The very first prototype, which was quickly abandoned for being too complex 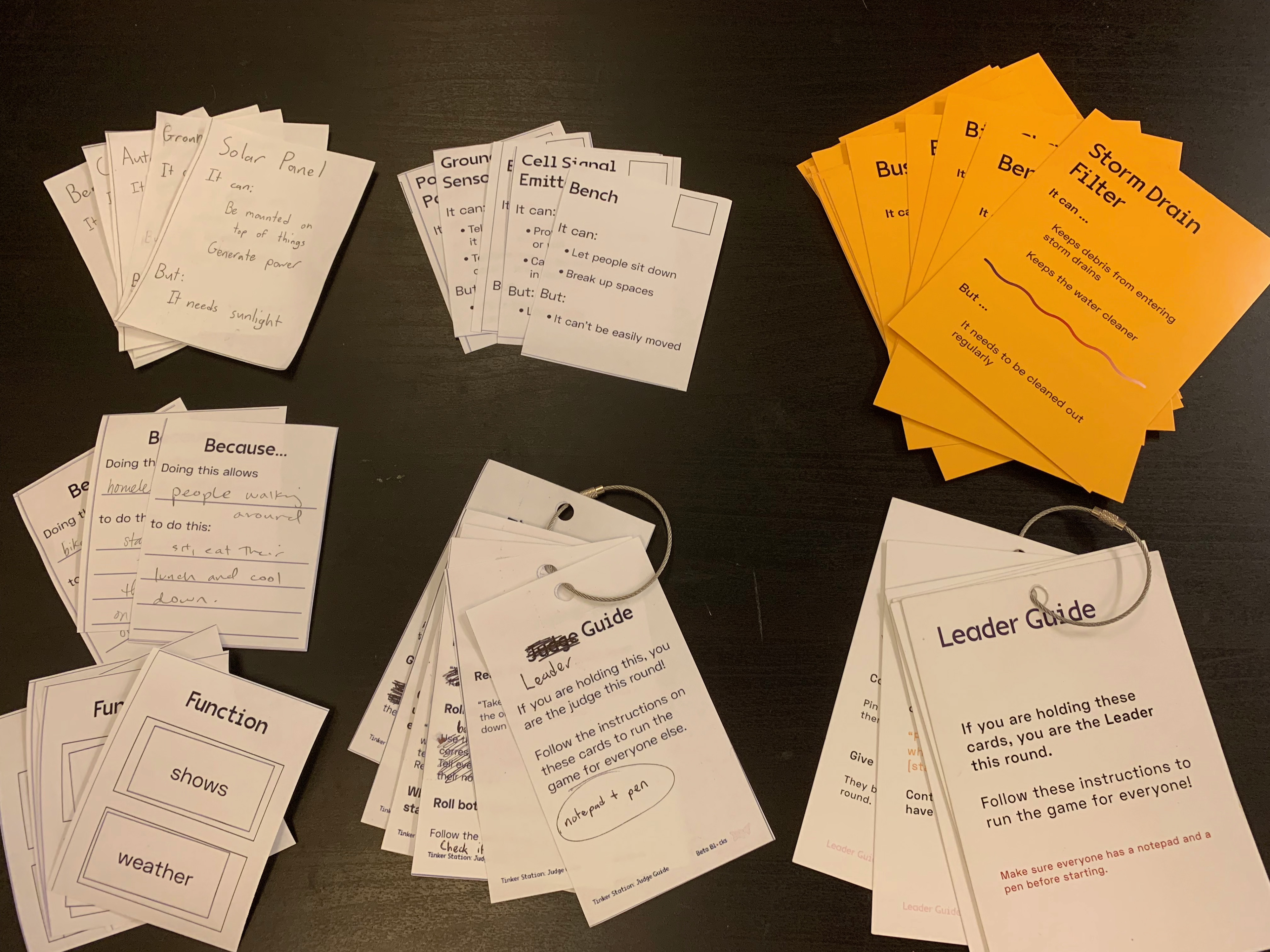 The evolution of the cards and leader guides 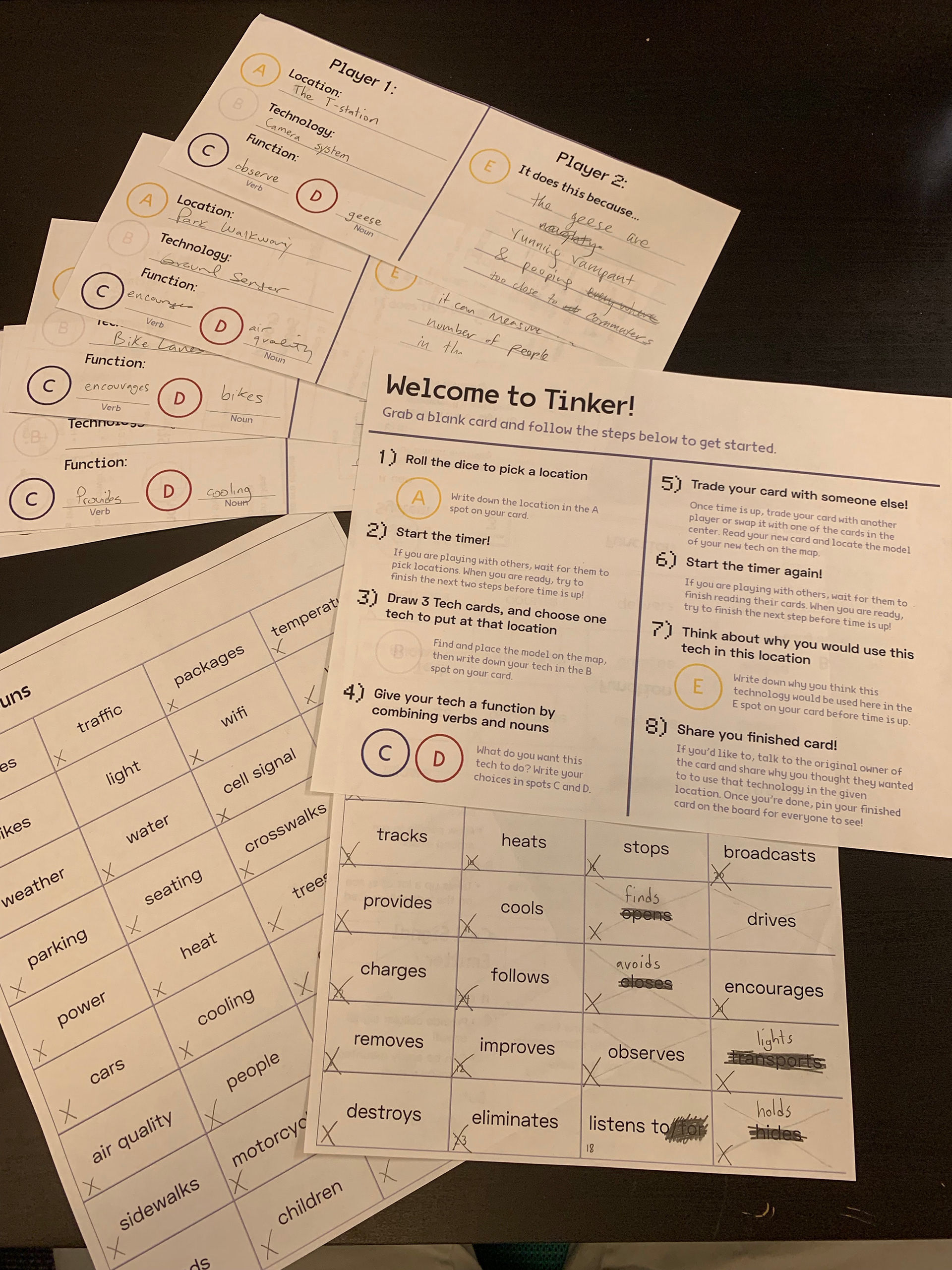 The second major iteration, before becoming what it is today 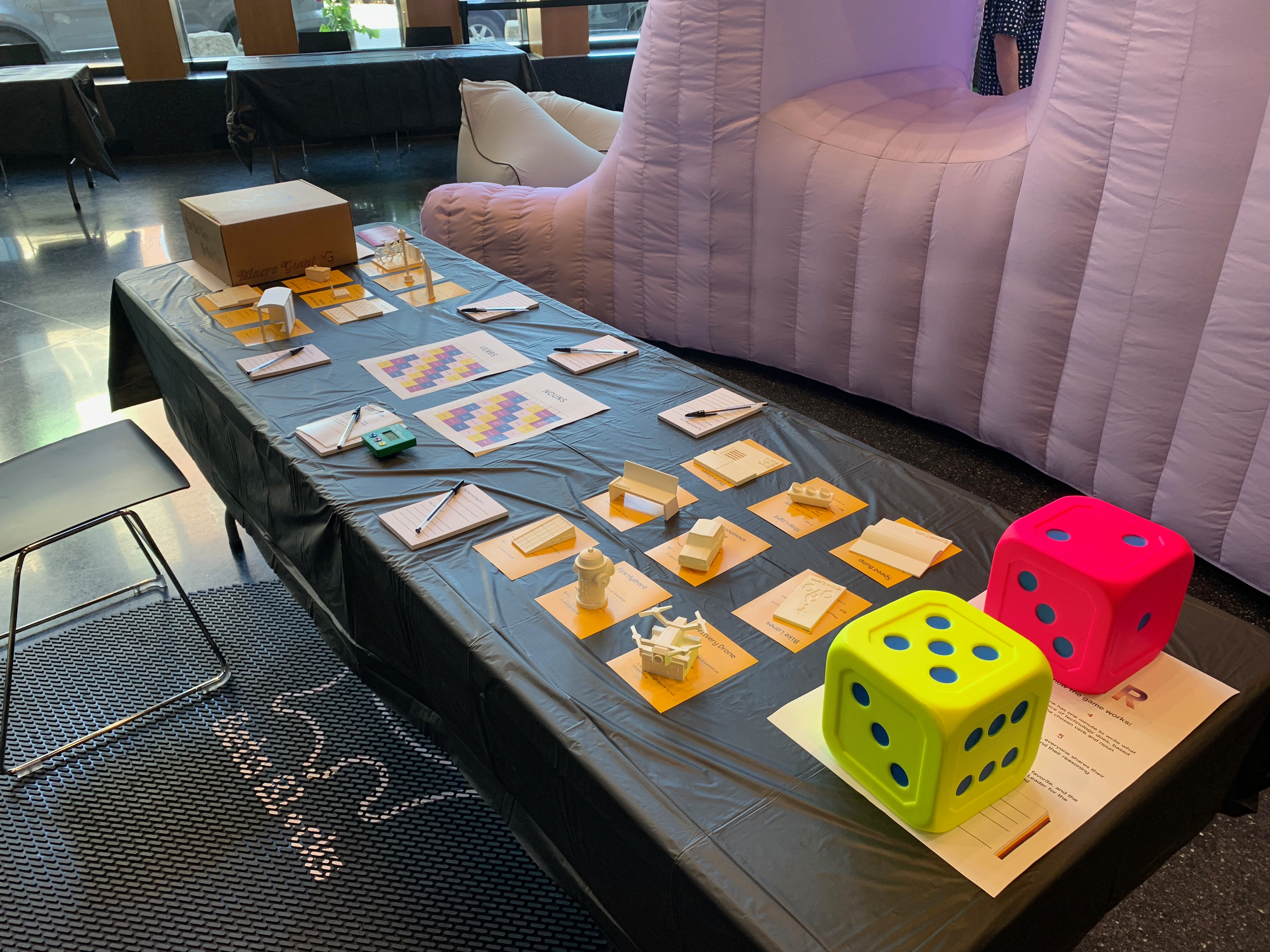 The first version of what became the final game, debut at the Beta Blocks launch party 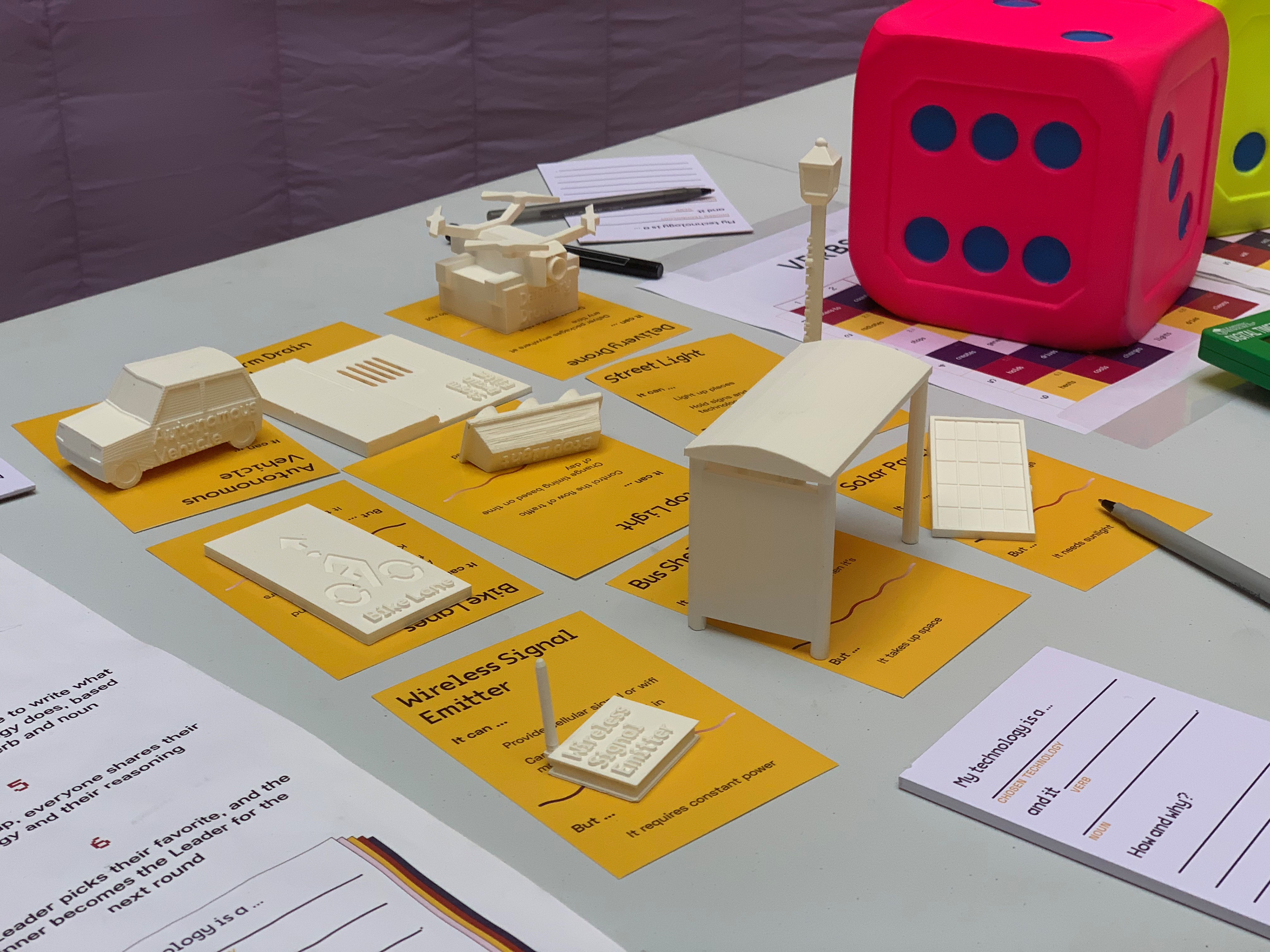 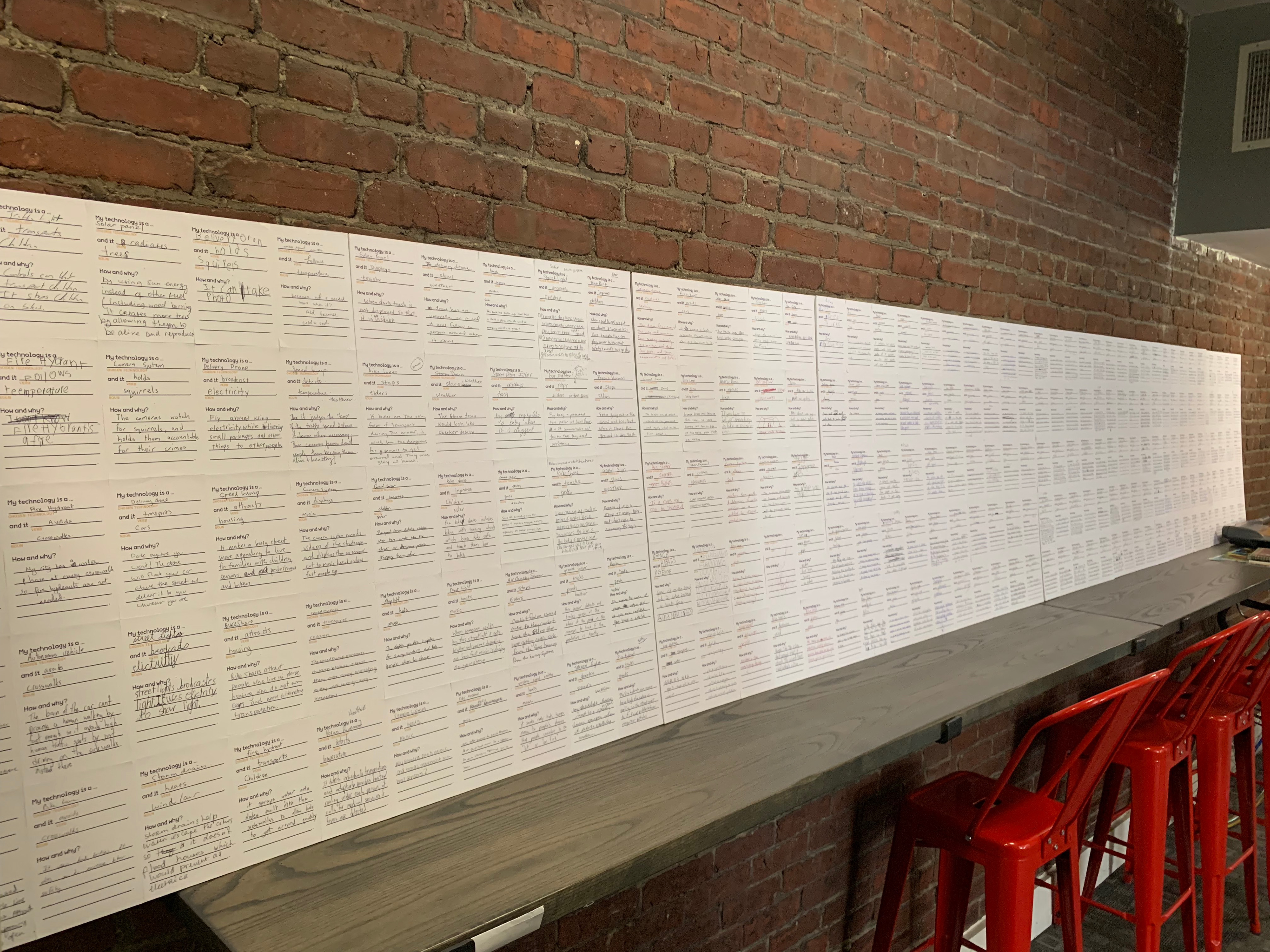 200 of the over 500 reposnses the game generated during development

After extremely positive reception from the public, MONUM, and the rest of the team at the Engagement Lab, we decided to create both an open-source print-at-home version, and a boxed retail version of the game.
Players choose a technology, roll the dice, and then try to come up with the best reasoning for their technology's randomly assigned function. Every round is a fast-paced brainstorm, and in later rounds twist cards are added into the mix to encourage critical thinking and problem solving around the ideas of urban technology. Creative thinking and good presentation skills are the key to victory.
Purchase Beta Blocks: The Game on The Game Crafter
↑Back to Top